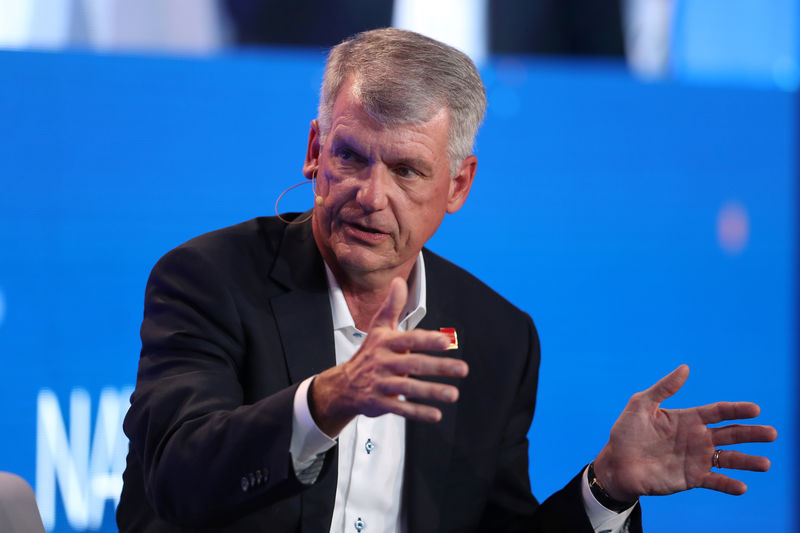 (Reuters) – Wells Fargo (NYSE:) & Co Chief Executive Tim Sloan, in a CNBC interview on Friday, said he is the right person to run the company, in response to Senator Elizabeth Warren’s repeated calls for him to be fired after a 2016 scandal.

Sloan told Jim Cramer on “Mad Money” that Warren could have her opinion but he would not be in his present role if he thought he was not doing his job.

“I think I’m the right person to run this company today,” he told Cramer.

Wells Fargo has been coping with a series of scandals since 2016, when it was reported that employees had opened potentially millions of phony accounts in customers’ names without their permission.

The bank has disclosed other problems since then, including enrolling hundreds of thousands of customers in costly products, such as auto insurance, that they did not need or want.

Warren, a progressive Democrat who announced in December that she had formed an exploratory committee to run for president in 2020, has called for Sloan’s removal in the past, but she could not compel the U.S. central bank to take such a step.

In October, she wrote a letter to Fed Chairman Jerome Powell urging him to not allow the bank to grow in size until it replaced Sloan.

Sloan said in the Friday interview that he has “taken responsibility” and should not be criticized for doing so. “Judge me on what I said we would do and what we’ve done,” he said.

Sloan said last week that Wells is planning to operate under the Fed-ordered asset cap through the end of 2019, as the fourth-largest U.S. lender’s loan book shrank and revenue fell across all its major businesses last quarter.