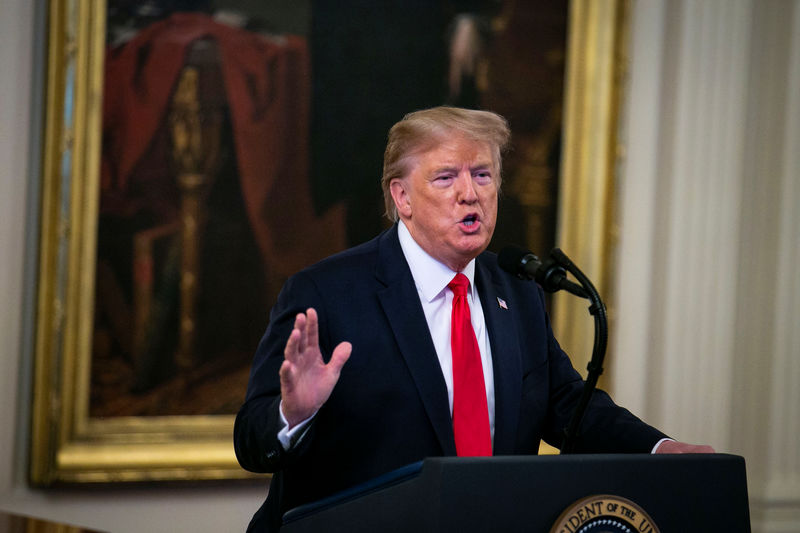 NEW YORK (Reuters) – President Donald Trump on Thursday discussed biofuels policy with senators from U.S. oil states, including Louisiana Senator Bill Cassidy, who said the president was engaged on the issue that has pitted Big Oil and Big Corn against each other.

Trump put forward the plan after a flurry of meetings in recent days with biofuels and oil refining advocates where he tested ideas to compensate the corn industry, a crucial political constituency, for his administration’s decision in August to exempt 31 oil refineries from their blending requirements under the Renewable Fuel Standard.

That move was warmly welcomed by the oil industry but caused outrage in the Farm Belt, and farmers and ethanol producers had warned Trump that the decision could force them to pull their support for him in next year’s presidential election.

In Thursday’s meeting, senators including Republicans Ted Cruz of Texas and Pennsylvania’s Pat Toomey were expected to make the case that Trump’s proposed plan could backfire by putting refineries out of business and killing jobs in key 2020 battleground states, one source familiar with the matter said.

“Just spoke with @realDonaldTrump on the renewable fuel standard – the president is very engaged on the issue, and feels as if we can work towards a solution which protects jobs,” Cassidy wrote on Twitter.

Trump’s outreach reflects the difficulty he has had in appeasing both the oil and corn industries, which have clashed for years over U.S. biofuels policy.

“The president is ready to get a decision and move forward. We hope that could happen as of this afternoon,” Secretary of Agriculture Sonny Perdue told reporters earlier on Thursday.

Under the RFS, oil refineries must use billions of gallons of biofuels like ethanol in their gasoline – a regulation intended to help farmers and cut U.S. petroleum imports, but which the oil industry says costs them a fortune.

Small refining facilities of 75,000 barrels per day or less can secure waivers if they prove complying with the regulation would cause them disproportionate financial hardship, and Trump’s administration has handed them out at a much higher rate than under former President Barack Obama.

Corn farmers and ethanol producers say the Trump administration’s broad use of the refinery exemption program undermines demand for ethanol at a time the industry is already suffering from a loss of foreign markets due to the U.S. trade war with China. But the oil industry says the exemptions help ensure that small refiners stay in business and have no impact on the amount of ethanol they use.

Oil Prices Up 5th Straight Week; Brent Closes In On $50 By Investing.com

Oil Up Over OPEC+’s “Ultimate Compromise” By Investing.com