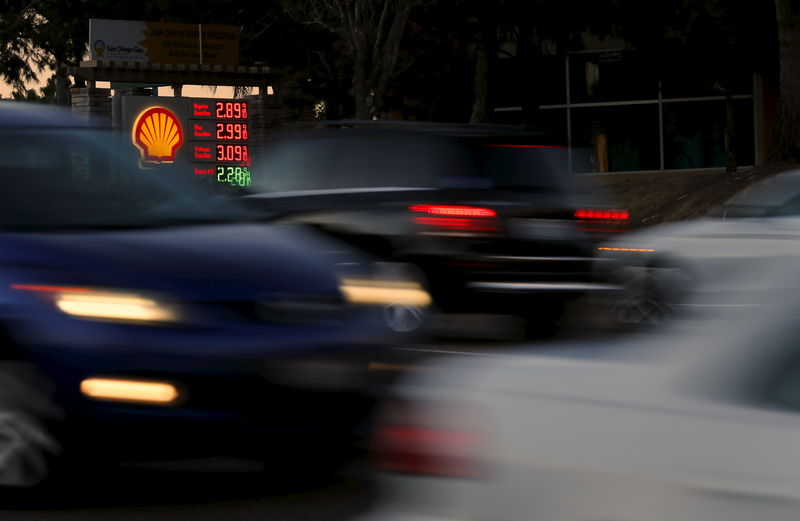 © Reuters. A Shell gas station is shown in Encinitas, California

HOUSTON (Reuters) – The United Steelworkers union (USW) said on Friday Shell Oil Co is delaying progress on important issues in negotiations for a new national agreement covering 30,000 U.S. refinery and chemical workers, according to sources familiar with the talks.

“We look forward to the bargaining process working through to its completion and a conclusion that can be satisfactory with all parties,” Fisher said.

Shell, the U.S. arm of Royal Dutch Shell Plc (L:), is the lead negotiator for refinery, petrochemical and pipeline companies in talks to replace the current contract that expires on Feb. 1.

The sources said talks between the two sides have become heated over a USW proposal to replace non-union contract workers, who perform much of the maintenance and overhaul of equipment in refineries, with union members.

The union has warned Shell there will be no extension of talks past the expiration date, as was done in contract talks prior to 2015 when failure to reach an agreement led more 7,000 workers at 12 refineries and three chemical plants to walk off their jobs.

Most of the strikes in 2015 ended within two months but continued at some locations for nearly six months.

In addition to an 8-percent-per-year wage increase for hourly workers, the union also wants the new three-year pact to provide for the replacement of 10-percent-a-year of non-union contractors with USW members.

Contract workers at refineries are employed by companies hired by the plant owners to do the maintenance work.

Negotiations for the new contract began on Jan. 16.USW-represented refinery workers make about $40 an hour after four years on the job.

USW members have granted authority to union officials to call a strike if negotiations are unsuccessful.