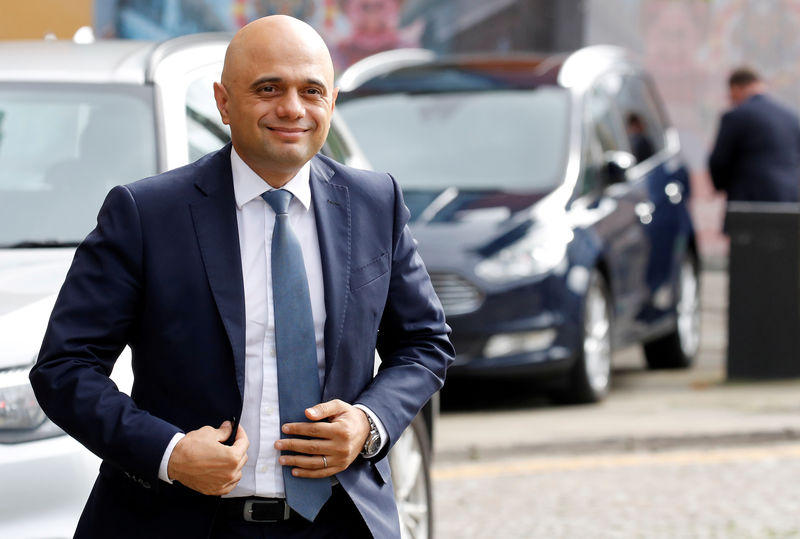 LONDON (Reuters) – Britain’s opposition Labour Party will ask finance minister Sajid Javid to make a statement in parliament on Monday on short positions against the pound in the lead-up to a possible no-deal Brexit, party officials said.

McDonnell said on Saturday he had asked Mark Sedwill, the government’s cabinet secretary, to investigate any conflict of interest after former finance minister Philip Hammond said “speculators” who backed Prime Minister Boris Johnson stood to profit from a falling pound in the event of a no-deal Brexit.

Sterling plunged after the Brexit referendum in June 2016 and it is widely expected to slide again if Johnson takes the country out of the European Union on Oct. 31 without a transition deal, something he says he is prepared to do despite efforts by lawmakers to stop him.

Hedge fund managers were among the donors who poured hundreds of thousands of pounds into Johnson’s campaign to become prime minister in July.

Investors including hedge funds have a $6.3 billion short position against sterling, according to the latest Commodity Futures Trading Commission data, although that is lower than the $7.8 billion that was wagered against the currency in August.

Sterling, currently trading at $1.23, has lost about 18% of its value versus the dollar since the 2016 referendum and is down by a similar magnitude against the euro.

Investors in hedge funds, however, say their interest in speculating on sterling has been limited because the political situation is so unpredictable and the foreign exchange market so volatile.

Javid is unlikely to respond for the government in parliament as he will be making his speech to the Conservative Party conference. Instead, a junior finance minister is likely to respond.