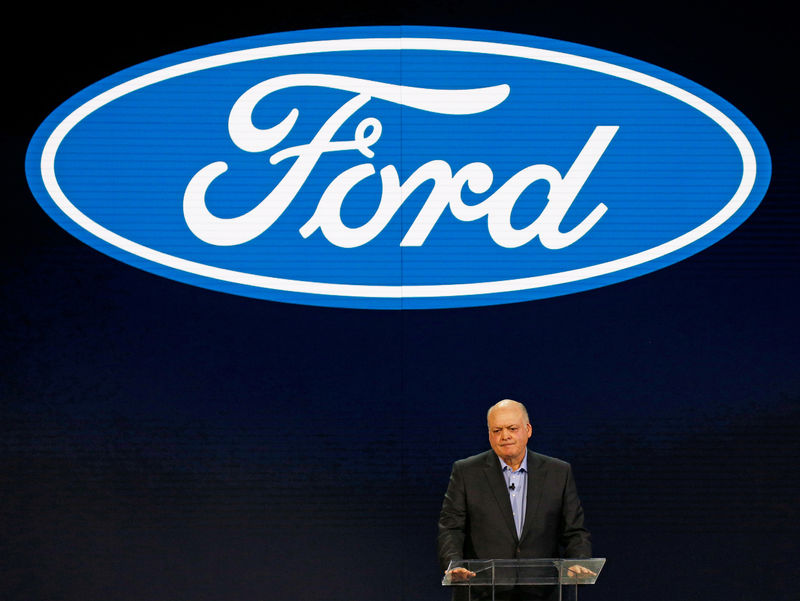 By David Shepardson and Ben Klayman

Hackett made his comments in an email to employees that was seen by Reuters.

Ford is restructuring its global operations, including recent plans to make cuts in Europe. It also has announced an alliance in commercial vehicles with Germany’s Volkswagen (DE:), with plans to jointly develop electric and self-driving vehicles, in moves meant to save billions of dollars.

Ford announced its fourth-quarter results on Wednesday, reporting a 2018 operating profit of $7 billion with a profit margin of 4.4 percent, down from 6.1 percent in 2017. Ford said last week that its target for operating margin was more than 8 percent.

“2018 was mediocre by any standard,” Hackett said in the email. “Yes, we made $7 billion last year. But think of it this way: this represents a 4.4 percent operating margin, about half what we believe is an appropriate margin. So we are aiming for much closer to $14 billion.”

Hackett did not give a timetable for hitting the $14 billion target. A Ford spokesman said Hackett was simply doing the math to show employees how the margin target translated to overall profit.

Hackett, who has been on the job for 20 months, also said that it was “time to bury the year (2018) in a deep grave, grieve over what might have been and become super focused on meeting, and, in fact, exceeding this year’s plan.”

Ford did not provide Wall Street with a specific financial forecast for 2019. It simply said it had the potential to improve earnings and revenue.

Hackett also said in looking at Ford’s 2018 results: “I become mad for a short time. Likely mad at myself, but also because I know we are better than that. … I know that our competition hasn’t been better than us by magic.”

He said Ford had been considering moving up its time frame to electrify its product portfolio since he took over and asked how the company could learn from the trends it missed in China, the world’s largest auto market, where it is losing money.