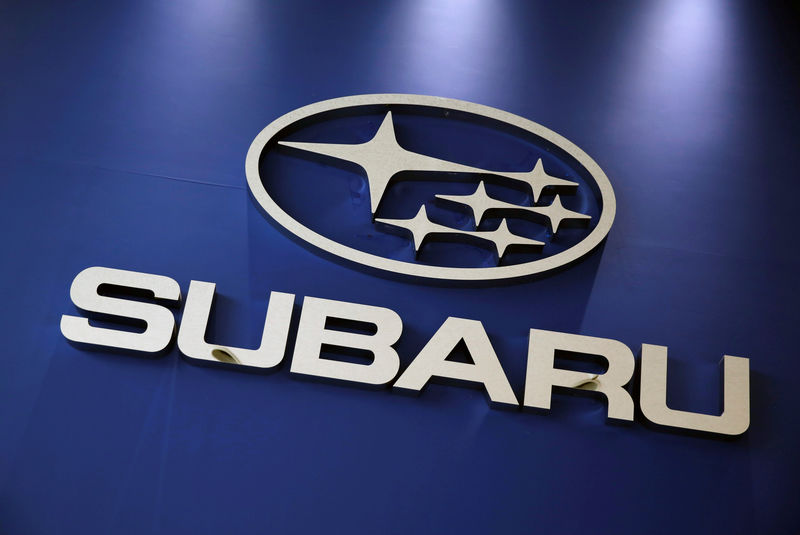 © Reuters. FILE PHOTO: Subaru’s logo is pictured at its factory in Ota

TOKYO (Reuters) – Subaru Corp on Friday said it did not pay overtime wages over a two-year period to some 3,400 employees who under-reported their hours, a revelation that surfaced in an internal probe following the 2016 suicide of an overworked employee.

The Japanese automaker, known for its Legacy and Forester cars, said the outstanding wages – from mid-2015 to mid-2017 and totaling 776 million yen ($7.08 million) – were paid retroactively to 3,421 workers last March.

The news was first reported in Japanese media on Friday after representatives of the deceased worker’s family disclosed some of the findings this week.

In 2016, a 46-year-old white-collar worker jumped to his death from the roof of a Subaru factory in what authorities ruled as ‘karoshi’, or death from overwork. At the time, Subaru was enjoying bumper sales and profit due to the popularity of its cars in the United States, its main market.

In its probe, Subaru found the majority of workers it surveyed said they under-reported overtime hours “so as not to exceed the limit for the budget for overtime work”.

It said it has since taken steps to make sure workers are unable to falsely report their actual work hours.

The automaker also said it owed the deceased worker 4.08 million yen in overtime pay, and that it remained in settlement talks with his family.

The pay issue comes after the revelation of governance lapses at the automaker since 2017 involving flawed vehicle inspections. That has led to the recall of hundreds of thousands of cars, pulling down Subaru’s profit.