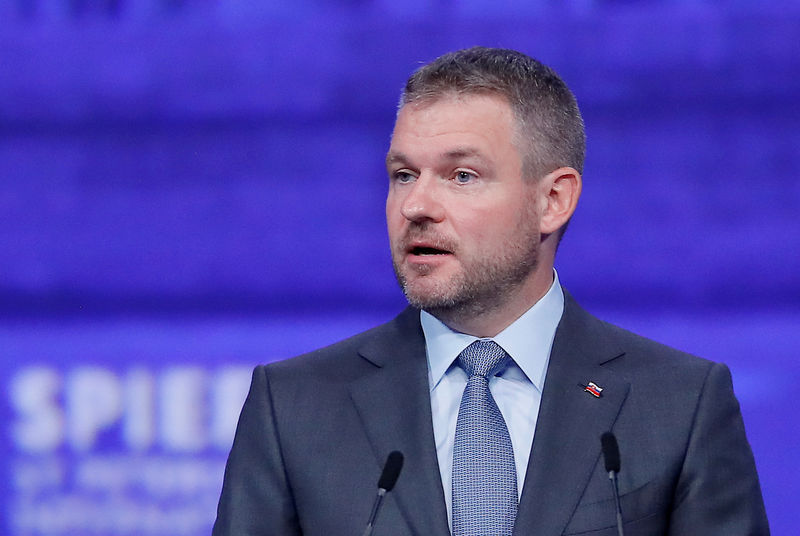 BRATISLAVA (Reuters) – Slovakia on Monday approved a 2020 budget with a deficit of 0.49% of gross domestic product after slowing economic growth forced the government to delay plans to balance public finances by two years to avoid spending cuts.

Euro zone member Slovakia had originally aimed to wipe out budget deficits this year and next for the first time in its three-decade post-communist history, as low unemployment and the addition of a fourth car factory in the country of 5.4 million people boosted the economy.

But with signs of trade with the euro zone weakening, the Finance Ministry cut growth forecasts in September by 1.1 percentage points to 2.4% for this year and 2.3% in 2020.

Economic growth has enabled Central European governments to raise social spending but keep a lid on deficits. Slovakia is the first to see deficit-tightening plans wrecked by a slowdown creeping in from more affluent western Europe.

The finance ministry sees the public finance gap at 0.68% of GDP this year and 0.49% in 2020 as it seeks to maintain planned social spending rises before a general election in February.

Balanced budgets are the goal after that.

“Despite the slower growth, we’re not reducing spending on the elderly, on the weak, on the sick,” Prime Minister Peter Pellegrini said after the government approved budget plans.

The budget still has to be passed by parliament, where the government relies on the votes of several independent lawmakers for a majority.

Pellegrini’s three-party government – led by the long-ruling leftist Smer party – has penciled in tax cuts for small businesses, increased spending on child benefits and free lunches for school children for the 2020 budget.

Ladislav Kamenicky said the 2020 deficit was stretched to the limits allowed by the euro zone rules and national budgetary rules and the government — whoever is in charge after the election — would not be allowed to increase the gap above the 0.49% level in case even growth slows further next year.

“We are balancing on the edge. We’re ready to take additional measures either in terms expenditures or revenue should the growth risks materialize,” he said.