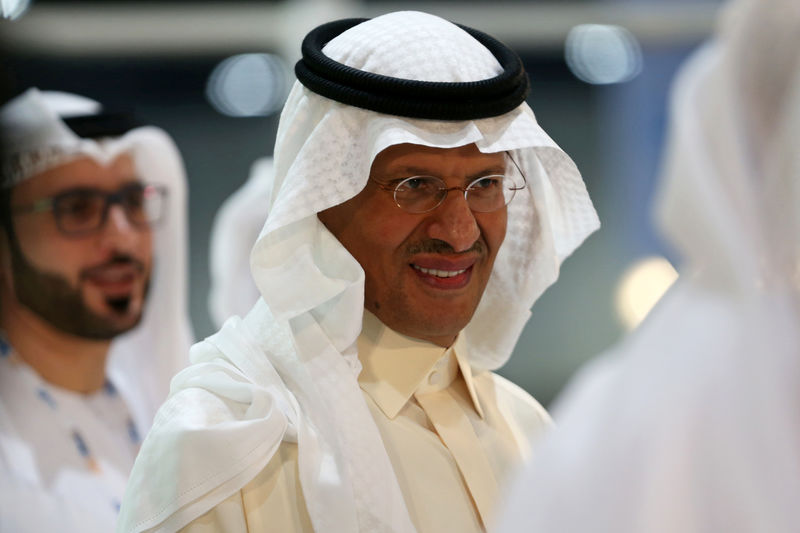 ABU DHABI (Reuters) – Saudi Arabia wants to enrich uranium for its nuclear power program, its energy minister said on Monday, potentially complicating talks with Washington on an atomic pact and the role of U.S. companies.

enrichment has been a sticking point with the United States, especially after Crown Prince Mohammed bin Salman said in 2018 that the Sunni Muslim kingdom would develop nuclear arms if regional rival Shi’ite Muslim Iran did.

The world’s top oil exporter says it wants to use nuclear power to diversify its energy mix, but enrichment also opens up the possibility of military uses of uranium.

“We are proceeding with it cautiously … we are experimenting with two nuclear reactors,” Prince Abdulaziz bin Salman said, referring to a plan to issue a tender for the Gulf Arab state’s first two nuclear power reactors.

Ultimately the kingdom wanted to go ahead with the full cycle of the nuclear program, including the production and enrichment of uranium for atomic fuel, he told an energy conference in Abu Dhabi.

The tender is expected in 2020, with U.S., Russian, South Korean, Chinese and French firms involved in preliminary talks about the multi-billion-dollar project.

Although atomic reactors need uranium enriched to around 5% purity, the same technology can also be used to enrich the heavy metal to higher, weapons-grade levels.

Saudi Arabia has backed President Donald Trump’s “maximum pressure” campaign against Iran after he withdrew the United States from a 2015 nuclear pact that curbed Iran’s disputed nuclear program in exchange for sanctions relief.

In order for U.S. companies to compete for Saudi Arabia’s project, Riyadh would normally need to sign an accord on the peaceful use of nuclear technology with Washington.

The United States would like to sign this pact, known as a 123 agreement, a senior U.S. official said at the conference.

“It’s important for us, with regards to U.S. technology, we’re going to pursue a 123 agreement,” Dan Brouillette, Deputy Secretary of the U.S. Department of Energy, said.

Reuters has reported that progress on the discussions has been difficult because Saudi Arabia does not want to sign a deal that would rule out the possibility of enriching uranium or reprocessing spent fuel – both potential paths to a bomb.

International concerns about the dual technology helped lead to the 2015 nuclear deal between Iran and global powers. Under the deal Iran can enrich uranium to around the normal level needed for commercial power production.

But in response to U.S. sanctions imposed since Washington withdrew from the deal in May last year, Iran has been breaching the limits it imposed on its atomic activities step by step.