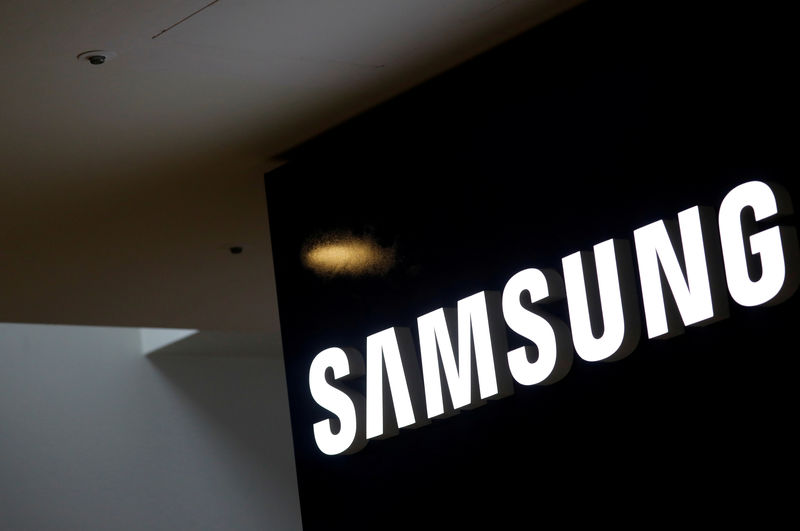 © Reuters. FILE PHOTO: The logo of Samsung Electronics is seen at its office building in Seoul

The world’s biggest semiconductor firm by revenue has struggled since late last year as a weak global economy and slower spending from data center customers ended a two-year boom in the memory chip market where Samsung rakes in around two thirds of its entire profit.

Operating profit for the July to September quarter was likely 7.7 trillion won ($6.44 billion), Samsung said, down from a record 17.6 trillion won a year ago but above the 7.1 trillion won average analyst forecast according to Refinitiv SmartEstimate.

Samsung, which is also the world’s largest smartphone maker, released limited data in Tuesday’s regulatory filing ahead of the release of its detailed earnings figures later this month.

Samsung’s profit has been slumping every quarter since the year-end holiday quarter last year and is likely to fall again in the current quarter, weighed by Sino-U.S. trade war which hit the company’s component sales to Chinese clients such as Huawei.

Samsung has been both a winner and loser from Huawei Technologies’ woes. It has been winning global smartphone market share since Huawei was put under a U.S. trade blacklist in May, but the Chinese rival is also a major buyer of Samsung’s memory chips and other components.

Samsung hopes its newly launched Note smartphones give a sales boost during the current quarter, as the 5G-enabled model, which competes against Apple (NASDAQ:) Inc’s new but 5G lacking iPhones, has been out-selling its predecessors, analysts say.

Samsung has not yet announced a specific date for the release of the full third-quarter earnings.