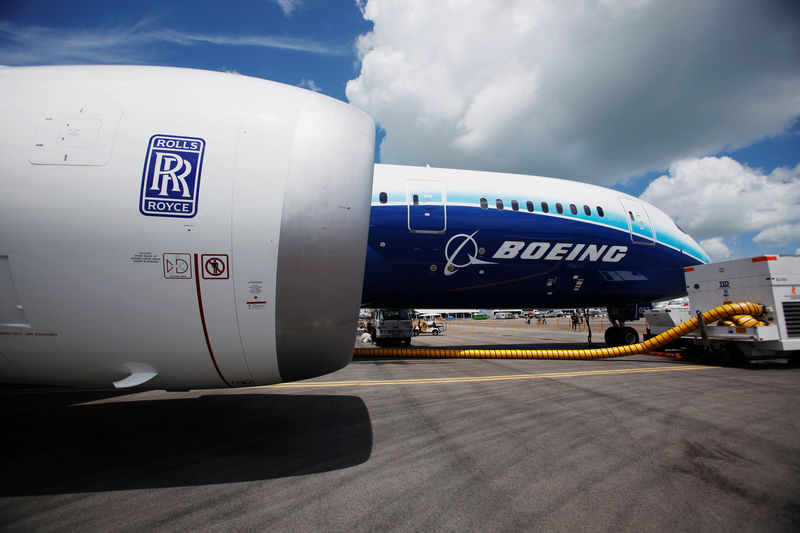 (Reuters) – British engineering firm Rolls-Royce (L:) said on Friday it expects problems with its Trent 1000 engines to take longer to fix, with a target of fewer than 10 grounded aircraft delayed until the second quarter of 2020.

The engine manufacturer had earlier hoped to achieve this target by the end of the year.

“We deeply regret the additional disruption that this will cause our customers and we continue to work closely with them to minimize the impact on their operations,” the engineer said in a statement.

The company has faced problems with the Trent 1000 engines, causing airlines to ground Boeing (N:) 787s while repairs are carried out.

Rolls-Royce has had to deal with the costs and disruption of fixing the engines, caused by the poor durability of components.

The company, which counts more than 400 airlines, 160 armed forces and 70 navies as its customers, said in August that it would spend another 100 million pounds ($125.73 million) to tackle the issue, taking the total to 1.6 billion pounds.

Chief Executive Officer Warren East said then that a target of fewer than 10 aircraft on the ground at the end of the year might take a bit longer to achieve, hurt by an additional repair load resulting from faster deterioration of a blade on the Trent 1000 TEN.

The Trent 1000 TEN is the latest version of an engine that has had a problematic entry into service. As of late February, Rolls-Royce said 35 787s were grounded globally due to engine blades corroding or cracking prematurely.

Shares in Rolls-Royce were 3.4% lower on Friday, hovering around 783.7 pence in early trade, making them the biggest percentage losers on London’s blue-chip index ().