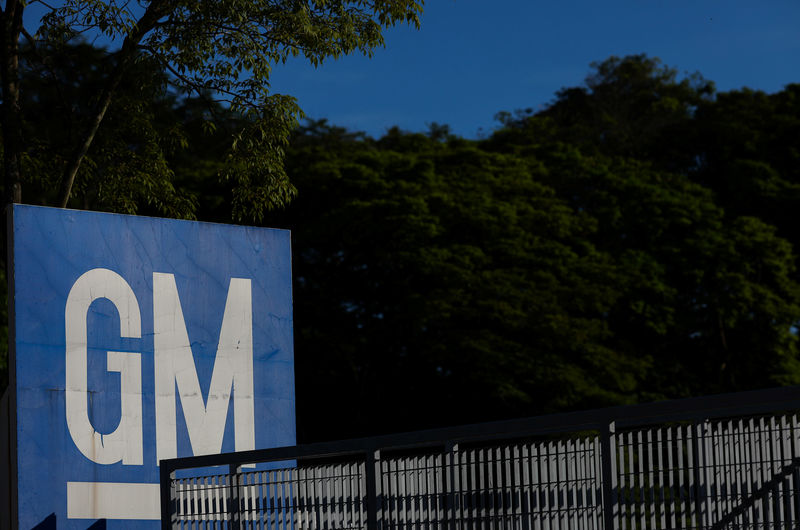 © Reuters. The GM logo is seen at the General Motors plant in Sao Jose dos Campos

(Reuters) – The Big Three U.S. automakers on Wednesday reported a rise in sales of pick-up trucks for the third quarter as lower interest rates boosted demand in an otherwise sluggish auto market.

Shares of General Motors (N:), Ford Motor (N:) and Fiat Chrysler (MI:) were, however, trading lower, tracking a broad selloff in the market over fears of a U.S. slowdown.

Automakers in the United States are also focusing on selling larger SUVs and trucks that are more profitable, as sedans fall out of favor.

“Gas prices and interest rates remain at historically low levels … (and) support our industry to 17 million plus level for what is now the fifth straight year,” Mark LaNeve, Ford’s vice president of U.S. marketing, sales and service, said on a call with analysts.

There were concerns that GM’s sales could take a hit after 48,000 hourly employees at the top U.S. automaker walked out for the first time in 12 years on Sept. 16 and remain on strike.

GM did not face a severe inventory crunch in the third quarter, as most dealers showed healthy supply levels heading into October, according to an analysis by automotive shopping website CarGurus.

However, the company risks facing parts shortage that could possibly affect sales in the current quarter, likely benefiting rivals including Ford.

Sales of Ford’s pick-up trucks rose 5% to 240,387, their best third-quarter performance in 14 years, even as overall sales fell 4.9% to 580,251 units, hurt by lower demand for the company’s passenger cars including the Taurus sedan.

Cyber Monday to be biggest in U.S. history By Reuters