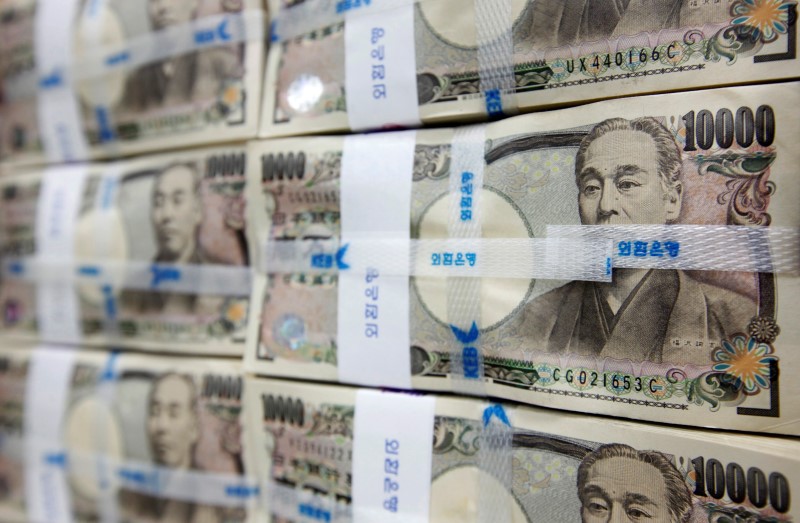 Investing.com – The Japanese yen rose against the U.S. dollar on Monday in Asia amid heightened geopolitical tensions in the Middle East after weekend attacks on Saudi oil plants disrupted global oil supplies.

Drone strikes attacked an oil processing facility at Abqaiq, the world’s largest, and the nearby Khurais oil field on Saturday and knocked out 5% of global oil supply.

Yemen’s Iran-aligned Houthi group claimed responsibility for the damage, but the U.S. Secretary of State Mike Pompeohas pointed the finger directly at Iran as he said over the weekend that Iran has launched an “unprecedented attack on the world’s energy supply.”

The news intensified tensions in the Middle East, sending the yen higher as it drew safe-haven demand.

Meanwhile, the U.S. dollar traded slightly lower ahead of an interest rate cut by the Federal Reserve on Wednesday.

The that tracks the greenback against a basket of other currencies slipped 0.1% to 97.732. Data on Friday showed that U.S. retail sales increased more than expected in August. That came after better-than-expected producer price inflation data on Wednesday and consumer price data on Thursday.

The Bank of Japan is also due to meet this week. Some believe the central bank may push interest rates further into negative territory and ramp up stimulating policies.

Sino-U.S. trade developments also remained in the spotlight as junior U.S. and Chinese officials will reportedly meet this week ahead of planned talks between senior trade negotiators in October.

Tensions between the two sides eased somewhat in recent weeks after Beijing exempted some agricultural products from additional tariffs on U.S. goods last week and U.S. President Donald Trump postponed a tariff increase on a range of Chinese goods by two weeks.

Turkish lira slips as U.S. moves closer to sanctions over S-400s By Reuters

Dollar Up, But Bets on Further Declines Continue By Investing.com