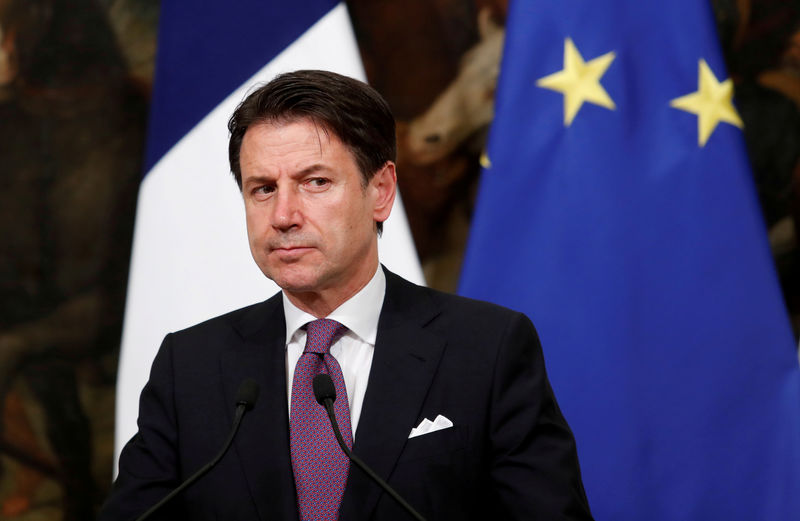 Economic growth is seen around 0.6% next year, and rising to 1.0% in each of the following two years, according to a draft of the targets seen by the source.

The Cabinet is due to sign off on the new targets contained in the Treasury’s Economic and Financial Document (DEF) at a meeting on Monday.

The targets are still subject to possible marginal revisions ahead of Monday’s meeting, the source said. In particular the 2020 deficit goal could be lowered to 2.1% depending on ongoing negotiations with the European Commission.

This year’s deficit is seen at around 2.0% of GDP, Deputy Economy Minister Antonio Misiani said this week.

The new government of the anti-establishment 5-Star Movement and the center-left Democratic Party intends to avoid an increase in sales tax worth some 23 billion euros ($25 billion)scheduled for January, which was promised to the European Union as a backstop to ensure Rome respected the bloc’s fiscal rules.

However Prime Minister Giuseppe Conte, in comments on Friday, did not rule out possible adjustments to value added tax (VAT) rates.

Under an unchanged policy scenario, which includes the full VAT tax hike, next year’s deficit would fall to around 1.5% of GDP, two sources told Reuters earlier this week.

Italy has proportionally the second highest public debt in the EU after that of bailed-out Greece, and has made little progress in reducing its deficit toward a balanced budget in recent years as EU rules prescribe.

Italy has urged the EU to ease what it calls the “excessive rigidity” of EU fiscal rules to head off the risk of recession in the 19-nation euro currency bloc.