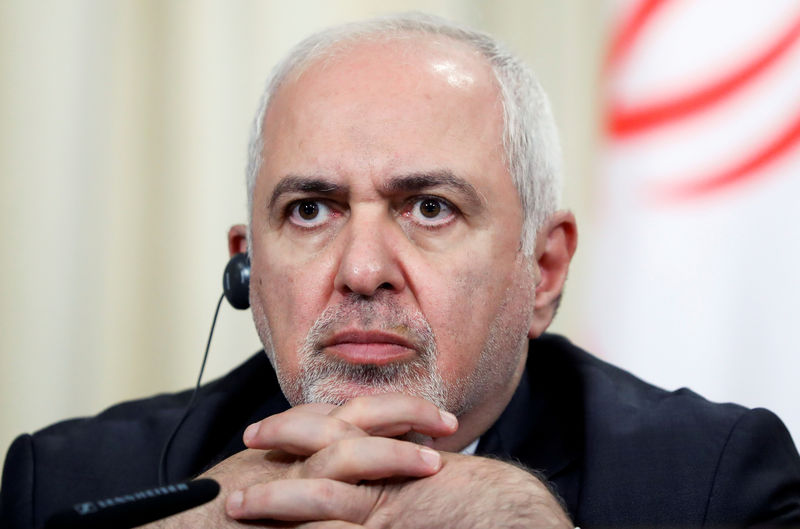 “Coalition for Peaceful Resolution?,” Mohammad Javad Zarif said in a statement on Twitter, and listed eight diplomatic initiatives by Iran since 1985, including a peace plan for Yemen in 2015, and a regional non-aggression pact for the Gulf region proposed earlier this year.

The United States said on Thursday it was building a coalition to deter Iranian threats following a weekend attack on Saudi Arabian oil facilities.

U.S. Secretary of State Mike Pompeo said the United States was seeking to build a “coalition aimed at achieving peace and a peaceful resolution”.

In another tweet, Zarif accused the United States of valuing oil more than people in the Middle East, before leaving for New York for the annual gathering of world leaders at the United Nations next week, state media said.

“Retaliatory Yemeni strike on oil storage tanks = unacceptable “act of war”,” he added, in reference to Sept. 14 attacks on Saudi oil infrastructure which Pompeo called an “act of war” against the world’s largest oil exporter.

Iran denies involvement in the attacks, which Tehran says were carried out by Yemen’s Iran-aligned Houthi group which has claimed responsibility for them.

Zarif has warned Trump against being dragged into a war in the Middle East and said it would meet any offensive action with a crushing response.

Pompeo said that Trump, who has ordered more sanctions on Iran, wants a peaceful solution to the crisis. Under current U.S. sanctions Tehran is barred from oil exports.

Pompeo did not provide details about the coalition proposed by the United States.

The United States has, however, been trying to create a global maritime security alliance since attacks on oil tankers in the Gulf.

Gold Down Over Rising Hopes for U.S. Stimulus Talks By Investing.com