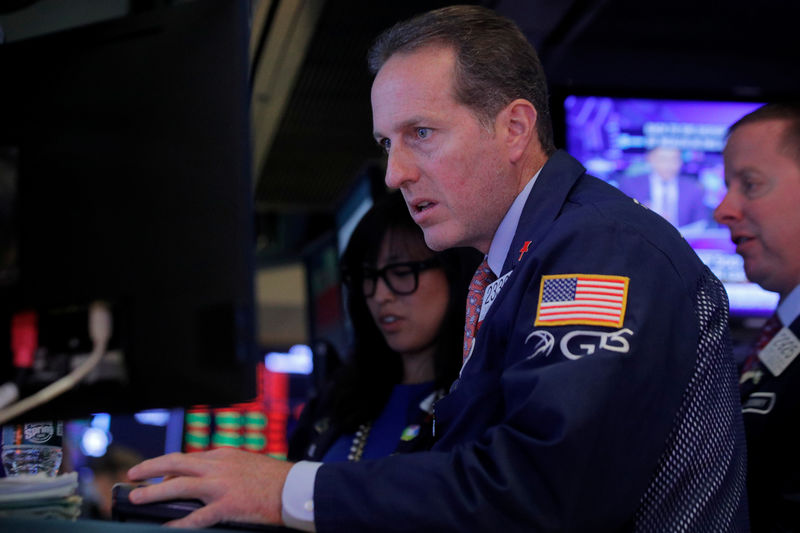 © Reuters. Traders work on the floor at the NYSE in New York

NEW YORK (Reuters) – Investors pulled nearly $14 billion out of mutual fund and exchange-traded funds that hold U.S. stocks last week, ending what had been the largest surge into domestic stock funds since December 2016, according to data released Wednesday by the Investment Company Institute.

The retreat from U.S. stocks came during a week in which Democratic lawmakers moved to launch formal impeachment proceedings that could end with a vote to remove President Donald Trump from office and the White House released a summary of a telephone call between Trump and Ukraine’s president that is at the center of the inquiry.

Last week’s losses sent the year to date outflows from U.S. stock funds to $91.1 billion as investors have shied away from domestic stocks despite a more than 15% rally in the benchmark .

Investors continued to seek the perceived safety of bonds by sending slightly more than $6.9 billion into taxable and municipal debt funds. For the year-to-date, the category has garnered more than $319 billion in new inflows.

World stock funds, meanwhile, posted a three-week losing streak by dropping another $1.8 billion in outflows. That sent the year to date loss for the category to $37.9 billion.