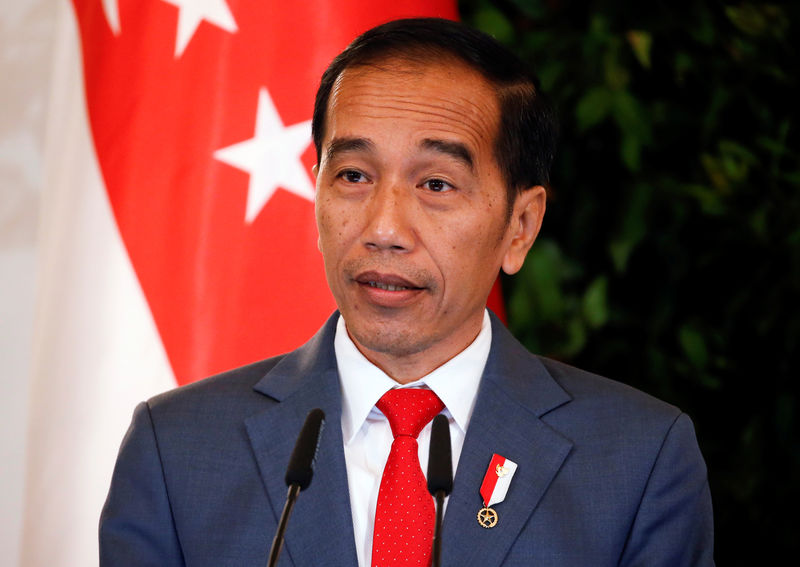 JAKARTA (Reuters) – Indonesia has completed the last leg of a 13,000-km (8,080 mile) fiber-optic network that will bring high-speed internet to some of its poorest regions in the country’s east, including the restive region of Papua, the government said on Monday.

The cable to carry telecommunication, which goes via land and under the sea, as well as microwave transmissions and telco towers, cost 7.63 trillion rupiah ($540.18 million) to build, according to a government website on public private partnerships.

The final leg, called the East Palapa Ring project, consisted of a 6,878-km cable connecting Papua, some islands in the Maluku region and East Nusa Tenggara, according to a statement by the Cabinet Secretariat.

President Joko Widodo said the project should provide “a sense of justice” for Indonesians who live in the eastern part of the country, because they will be able to access internet with the same speed as others in Southeast Asia’s largest economy.

The government completed the West Palapa Ring project covering the western half of the country in March 2018, while construction for similar infrastructure in the center of Indonesia was finished earlier this year.

“This should strengthen our trade, connecting small and medium enterprises’ products to national, even global networks,” Widodo said in a statement, calling the project a “highway in the sky”.

The president urged Indonesians not to use the internet to spread fake news and hate speech.

Widodo did not refer to any particular incident, but Papua, which encompasses Indonesia’s two easternmost provinces, has seen an upsurge in protests and unrest for weeks. The government curbed the internet temporarily in response.

Security forces said the most deadly incident, during which 33 people were killed in the town of Wamena on Sept. 23, was triggered by a hoax about racial slurs made against students by a teacher.

A former Dutch colony, Papua was formally incorporated into Indonesia in 1969, after a disputed vote of about 1,025 hand-picked tribal leaders. The result of the plebiscite was overseen and endorsed by the United Nations.