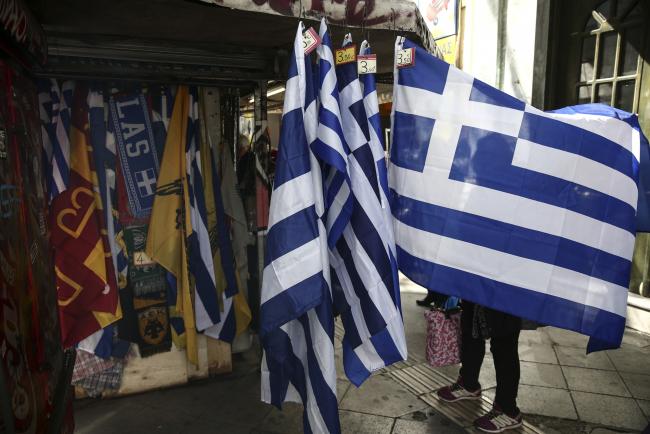 (Bloomberg) — A reduction of Greece’s fiscal targets would support the country’s economic and social recovery, the International Monetary Fund said.

In 2020, the IMF recommends that “the government and European partners build consensus around a lower primary balance path, given ample economic slack and critical unmet social spending and investment needs,” according to the fund’s statement after the conclusion of its Article IV mission in Athens.

Greece has to achieve a primary surplus of 3.5% of gross domestic output every year until 2022 under the terms of a deal with its European creditors. The new Prime Minister, Kyriakos Mitsotakis, who took over in July, has called these targets “a relic of the past,” and he is now trying to convince his country’s partners to reduce them, starting in 2021.

For 2019, Greece is going to meet its primary surplus target “more or less,” Peter Dolman, IMF mission chief for Greece told reporters in Athens on Friday. But there is a gap for 2020, and the question is what the quality of the measures taken to fill this gap will be, he said.

Cutting public investments is not a quality measure and the country should improve its sales-tax compliance and broaden its tax base to create more fiscal space for social policies and tax cuts, Dolman said.

The fund forecasts that Greece’s growth rate for both 2019 and 2020 will be around 2%. It “will take another decade and a half for real per capita incomes to reach pre-crisis levels,” the IMF said in the statement.

To support growth, the new government “should use its political mandate and improving investor sentiment to deploy a full range of policy tools and overcome long-standing vested interests,” it said.

Fixing banks must be a top priority for the new government given that they are a misfiring engine. Apart from the implementation of an Italian-style project to massively cut bad loans, which is about to be approved by European authorities, the government should take further actions to make judicial processes more efficient and improve insolvency law, according to the IMF.

While Mitsotakis’s administration “deserves credit for unblocking privatization and pushing through business deregulation and digitalization,” much of the needed structural transformation of the Greek economy still lies ahead, the IMF said.

The IMF expects Greece’s public debt-to-GDP ratio to decline over the next decade with relatively low liquidity risks in the medium term also noting that the country has a large cash buffer to use if needed. But, in terms of debt sustainability analysis “we think the long-term sustainability is not assured,” Dolman said.