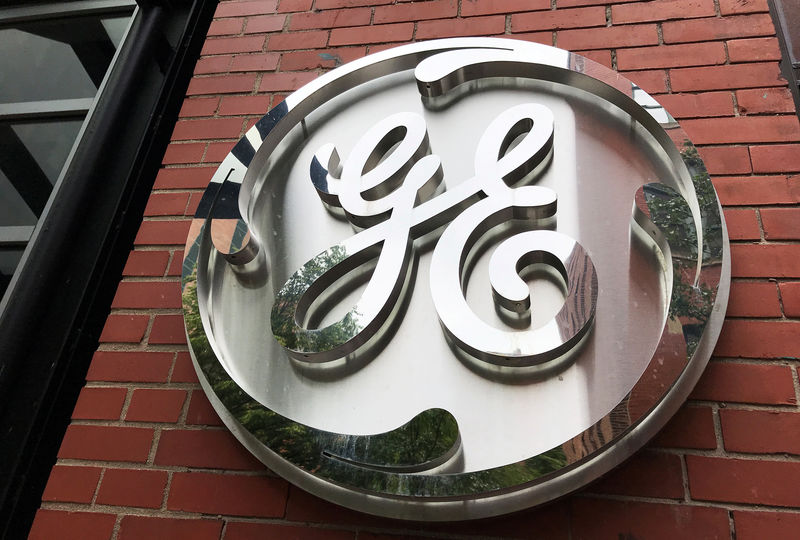 By Alwyn Scott and Ankit Ajmera

(Reuters) – General Electric Co (N:) said on Monday it would freeze pensions for about 20,000 salaried U.S. employees and take other related moves to help the ailing conglomerate cut debt and reduce its retirement fund deficit by up to $8 billion.

Analysts said the move would largely offset the rise in GE’s pension obligation due to lower interest rates and is in line with other steps Chief Executive Officer Larry Culp has taken over the past year to raise cash and pare down $105.8 billion in debt.

Culp has slashed GE’s quarterly dividend to a penny and has sold – or announced plans to sell – non-core businesses, slimming the once-sprawling company to focus just on power plants, jet engines and windmills, plus related equipment and services.

GE’s pension plans are among its biggest liabilities and were underfunded by about $27 billion at the end of 2018.

The company has struggled to boost profits amid a slump in demand for its gas-fired turbines for power generation. It also faces potential costs of more than $1 billion in its jet engine unit from the grounding of Boeing Co’s (N:) 737 MAX airliner.

GE also is likely to set aside about $11 billion to cover liabilities for its long-term care insurance business.

By freezing the U.S. pensions, pre-paying about $4.5 billion in contributions due in 2021 and 2022 and offering lump sums to about 100,000 retirees, GE said it expects to cut pension underfunding by $5 billion to $8 billion.

“The impact is being offset now, rather being reduced. So it is possible that investors are not cheering,” Heymann told Reuters. He added, though, that Culp “is setting up (GE for) much better performance next year.”

The moves also are expected to help lower GE’s $54.4 billion industrial net debt by $4 billion to $6 billion, it said.

The Boston-based company said there would be no change for retirees already collecting pension benefits.

“Returning GE to a position of strength has required us to make several difficult decisions, and today’s decision to freeze the pension is no exception,” GE Chief Human Resources Officer Kevin Cox said in a press release.

GE expects to record a non-cash pension settlement charge in the fourth quarter, but did not specify the amount.

The company also said it would pre-fund about $4 billion to $5 billion of its requirements for 2021 and 2022 under the Employee Retirement Income Security Act by using a portion of the $38 billion in cash it is collecting from the sale of various businesses.

GE said it was on track to hit its target of less than 2.5 times net-debt-to-earnings before interest, tax, depreciation and amortization, or EBITDA, by the end of 2020.