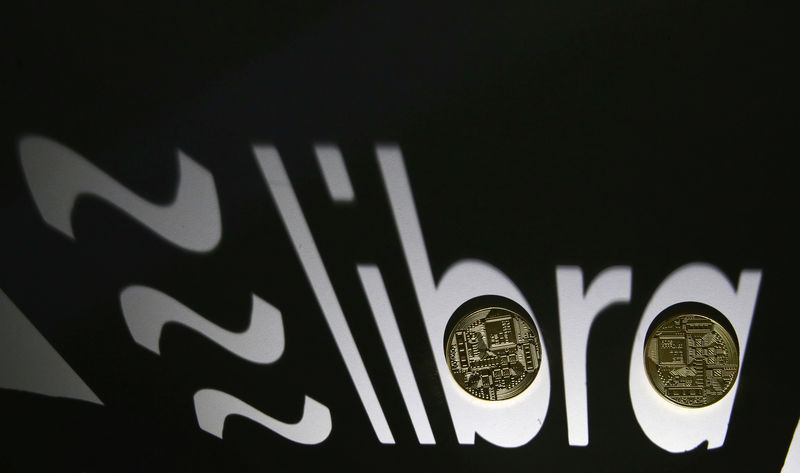 By Tom Wilson and Balazs Koranyi

LONDON/WASHINGTON (Reuters) – Facebook’s plans to launch its Libra cryptocurrency faced a new hurdle on Thursday, when the Group of Seven wealthy nations said such “stablecoins” should not be allowed to launch until the profound international risks they pose are addressed.

When launched on a wide scale, stablecoins – digital currencies usually backed by traditional money and other assets – could threaten the world’s monetary system and financial stability, a G7 working group said in a report to finance ministers gathered in Washington for the IMF and World Bank fall meetings.

The emerging technology, which is now mostly unregulated, like other cryptocurrencies, could also hinder cross-border efforts to fight money laundering and terror financing, and throw up problems for cyber security, taxation and privacy, the report said.

“The G7 believes that no global stablecoin project should begin operation until the legal, regulatory and oversight challenges and risks” are addressed, said the task force, chaired by European Central Bank board member Benoit Coeure.

“Private sector entities that design stablecoin arrangements are expected to address a wide array of legal, regulatory and oversight challenges and risks,” the report added.

The report underscores concern among global policymakers about stablecoins such as Libra, and presents a further headache for Facebook’s project after a chastening week.

In response, the Libra Association that backs the cryptocurrency effort said it was committed to working with regulators.

Libra was designed to respect national sovereignty over monetary policy, as well as rules against money laundering and other efforts to stop illicit finances, it said in a statement.

“Libra is being designed to work with existing regulatory institutions and apply the protections they provide to the digital world – not disrupt, or undermine, them,” it said.

Amid sharp regulatory scrutiny, the 21 firms backing Libra pledged on Monday to forge ahead with the project, shrugging off the defection of a quarter of its original members, including payments giants Visa (NYSE:) and Mastercard (NYSE:), this month.

In June, Facebook (O:) unveiled Libra, a form of stablecoin backed by currencies from the dollar to the euro and government debt, in one of the most high-profile attempts to draw cryptocurrencies into the banking and corporate establishment their creators sought to subvert.

Stablecoins aim to overcome the extreme volatility that plagues cryptocurrencies and makes them impractical for commerce and payments.

Yet Libra drew immediate and sustained criticism. Policymakers voiced concern about its potential to destabilize the global financial system and erode nations’ control of monetary policy. Others said it could undermine users’ privacy.

The G7 report said authorities should apply to stablecoins existing rules on payments and anti-money laundering, as well as capital market and banking standards.

It added that new rules may be needed to deal with the emerging technology, with the Financial Stability Board – a body created after the 2008 financial crisis – assessing related regulatory issues before reporting to the Group of 20 wealthy nations in April.

Stablecoins had before Libra attracted virtually no attention from global policymakers, partly because of their tiny size. The biggest, Tether, is only a fraction of the size of bitcoin, the No.1 cryptocurrency.

Facebook says Libra is designed to address inefficiencies in the global payments system, which is beset by high fees, lengthy transfer times and a lack of reliability.

That hinders, and in many cases prevents, people from making cross-border payments, especially in developing countries.

The G7 said central banks, finance ministries and other authorities should work to tackle these weaknesses in payments systems. The public sector, it said, should step up efforts to bring into the financial system people lacking access to banking services.

It added that central banks, by themselves and in cooperation, should look at issuing their own digital currencies.