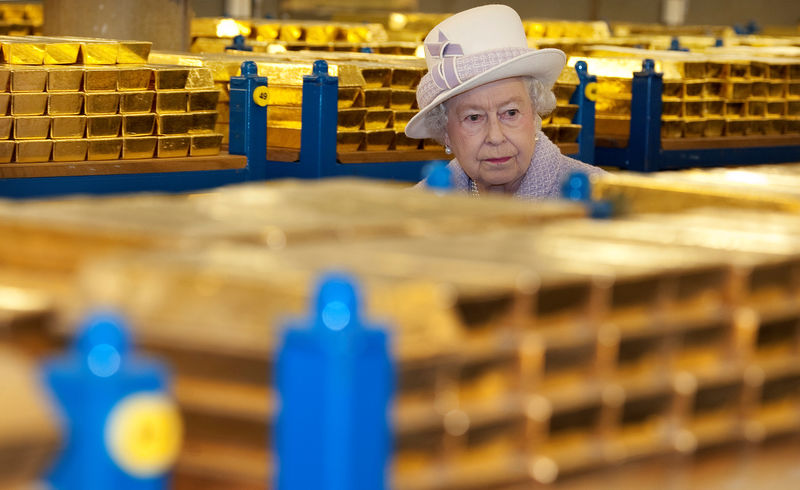 © Reuters. FILE PHOTO: Britain’s Queen Elizabeth tours a gold vault during a visit to the Bank of England in the City of London

By Guy Faulconbridge and Kate Holton

With the clock ticking down to March 29, the date set in law for Britain to leave the European Union, the United Kingdom is in the deepest political crisis in half a century as it grapples with how, or even whether, to exit the European project it joined in 1973.

While Elizabeth, 92, did not mention Brexit explicitly in an annual speech to her local Women’s Institute in Norfolk, the monarch said every generation faced “fresh challenges and opportunities.”

“As we look for new answers in the modern age, I for one prefer the tried and tested recipes, like speaking well of each other and respecting different points of view; coming together to seek out the common ground; and never losing sight of the bigger picture,” the queen said.

Though steeped in the conventional language the queen has made her hallmark, the remarks in the context of Britain’s crisis are a signal to politicians to sort out the turmoil that has pushed the world’s fifth largest economy to the brink.

Buckingham Palace declined to comment though the British media was clear about the significance of her remarks. The Times’ headline read: “End Brexit feud, Queen tells warring politicians”.

As head of state, the queen remains neutral on politics in public and is unable to vote, though ahead of the 2014 referendum on Scottish independence she made a delicately crafted plea for Scots to think carefully about their future.

The future of Brexit remains unpredictable with options ranging from a disorderly exit that would spook investors across the world to a new referendum that could reverse the process.

Prime Minister Theresa May is engaged in a last-ditch bid to win support for a tweaked divorce deal after parliament this month crushed the original plan in the biggest defeat in modern British history.

The Northern Irish party which props up May’s minority government has decided to back her new deal if it includes a time limit to the Irish backstop, The Sun newspaper reported.

France and other European powers said they were preparing for the worst.

British finance minister Philip Hammond said the economy would suffer severe damage if the United Kingdom left the EU without a deal.

Goldman Sachs (NYSE:) will invest less in the United Kingdom if there is a difficult or hard Brexit, Chief Executive Officer David Solomon said.

“Our headcount in the UK over the last couple of years has not gone down but it hasn’t gone up either – we have added head count you know on the continent,” Solomon told the BBC in Davos.

“But I would say that, over time, if this is resolved in a difficult way or a hard way, it’ll have an impact on where we invest and where we put people,” he said.