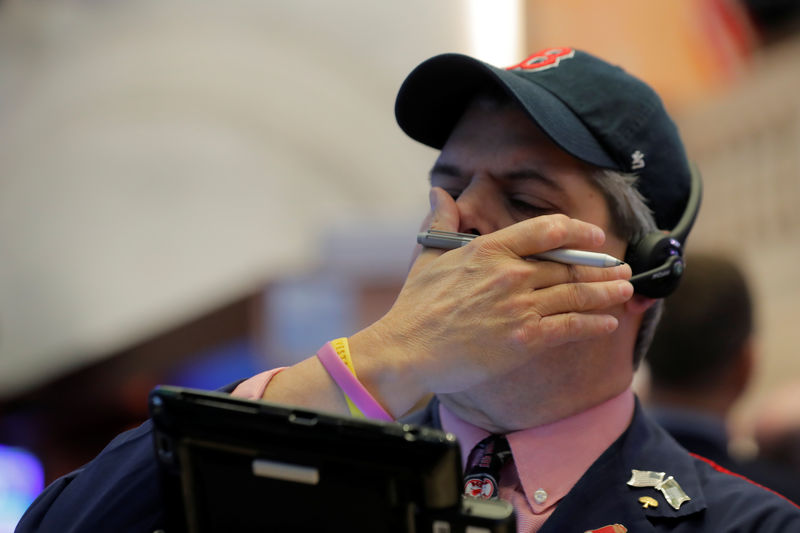 Credit seems like the right place to be these days. Since a low in late November, Asia’s high-yield corporate bonds have already risen more than 4 percent, while emerging-market stocks have been trading sideways.

In this lower-for-longer rate environment, junk issues are seductive. Since November, China’s real-estate developers – the elephant in the market – have been racing to raise dollar bonds, at the expense of offering average interest payments of about 10 percent. Meanwhile, because of their high-yield nature, these issuers tend to sell bonds with two-year maturities.

What are the chances a developer will default in such a short amount of time, now that Beijing is loosening credit? The sweet double-digit yield seems worth the risk, the reasoning goes.

Think again. If the outlook for junk issuers has improved so much, why aren’t they raising bonds at home? With Beijing opening the tap again, they should be able to do so more cheaply. The central bank’s more dovish stance has pushed the two-year sovereign yield to 2.6 percent recently from more than 3 percent in September. China’s high-yield developers have raised close to $15 billion offshore since November, but they still can’t finance onshore.

It’s possible that Beijing is simply paying lip service by promising to ease the private sector’s pain without really opening up the tap. More likely, banks and fund managers in China are too scared to dip in.

To be sure, China’s property developers have a lot of dollar obligations to pay off. They have even more in yuan. The sector needs to refinance 6 trillion yuan ($880 billion) worth of liabilities this year, estimates Sinolink Securities Co., a local brokerage. Because of tight financing in 2018, private enterprises will have a particularly hard time servicing this debt. On average, they paid a 7.49 percent coupon for their bond issues.

There are already red flags in the dollar-bond market. Jiayuan International Group Ltd. issued a one-year bond at 12 percent in November, before a flash crash that sent its stock down 89 percent. This real-estate developer operates in tier-two cities at best – in 2018, its average selling price was only 11,292 yuan per square meter – and can generate a return on assets of just 5.7 percent. How investors believe the company can service a 12 percent cost of debt is a mystery. Home-price growth in tier-two cities has lost momentum since September.

And then there’s China Evergrande Group and its insatiable appetite for dollar bonds – even if that means Chairman Hui Ka Yan has to buy a substantial chunk himself. The company requires long-time supporter Chinese Estate Holdings Ltd. to prop up its stock and bond offerings.

This week, Evergrande raised another $3 billion of debt, on the heels of $2.8 billion in November by its subsidiary Hengda Real Estate Group Co., which owns the group’s property development assets in the mainland. That begs the question of why the company is issuing bonds at the group level this time and how it plans to use its proceeds.

On this week’s conference call with investors, Evergrande said funds raised by the parent group may be used for ventures beyond real estate, including tourism, health care and new industries. Lately, the company has been enamored of electronic vehicles, pledging $2 billion for startup Faraday Future. This month, the developer paid $930 million for a Swedish electric-vehicle company and over 1 billion yuan for a Chinese car battery maker.

It all feels too familiar: Hui loves branching out into new businesses. In 2013, Evergrande entered the mineral-water market, only to abandon its endeavor three years later because of a heavy debt load.

I get why investors prefer credit to equity these days. Now that we no longer see the Federal Reserve raising rates this year, a major overhang has been lifted for emerging markets’ dollar issues. Stocks, on the other hand, need better earnings prospects, which no one is expecting. After all, the International Monetary Fund just lowered its global economic outlook again.

But debt buyers beware. The double-digit yield you’re getting comes with lots of strings attached.