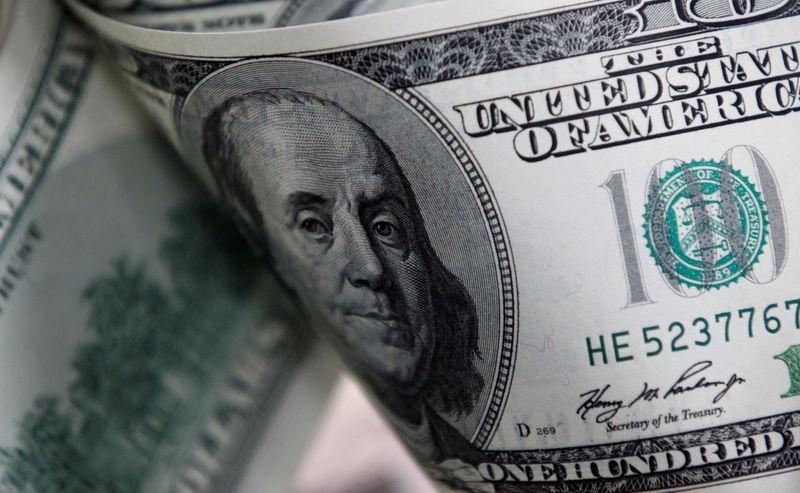 By Kate Duguid and Gertrude Chavez-Dreyfuss

NEW YORK (Reuters) – The U.S. dollar fell on Tuesday in range-bound trading on the eve of an expected interest rate cut by the Federal Reserve, weakened by a fall in oil prices and a stronger euro.

Oil prices dropped about 6% on Tuesday after Saudi Arabia’s energy minister said the kingdom had fully restored its oil production, following an attack over the weekend that shut down 5% of global oil output. That reversed some of the dollar’s gains on Monday when investors rushed into safe-haven assets.

Thierry Wizman, global interest rates and currencies strategist at Macquarie Group, said he was seeing a bid in the forex market. “It’s maybe why the euro is doing a little better here,” he said. “You also had some good data in Europe as well that has sparked a bit of this euro rally today too.”

While many investors are expecting the Fed to announce a 25 basis point rate cut following the close of its two-day policy meeting on Wednesday, some believe it may be the last rate cut for a while absent more evidence of a U.S. economic slowdown.

“If the Fed does cut 25 basis points, then we think it will be the last time until we really do see signs of recession,” Brown Brothers Harriman strategists said in a note.

The overnight rate, or the cost for banks and Wall Street dealers to borrow dollars

Analysts attributed quarterly corporate tax payments and settlement of $78 billion in Treasury debt supply for the spike on Monday in interest rates in the repurchase agreement market.

“This morning’s funding squeeze has put some upward pressure earlier in the dollar, but that is not likely to be a longer-term driver,” said Erik Nelson, currency strategist, at Wells Fargo (NYSE:) Securities in New York.