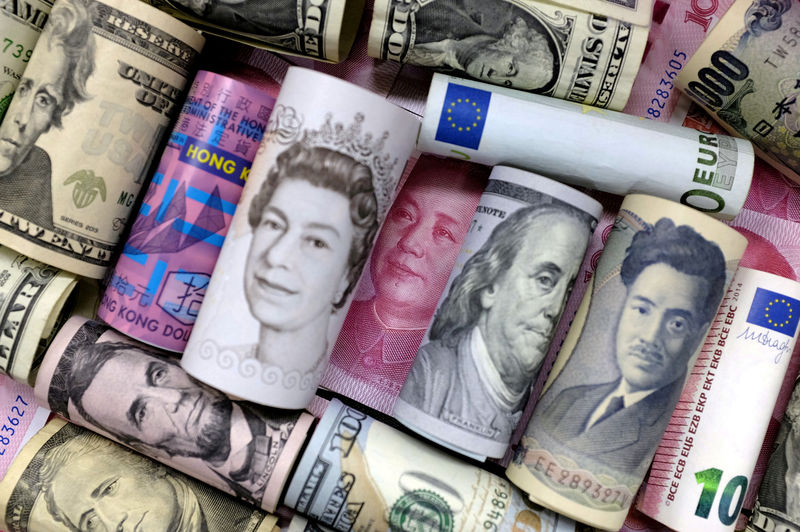 TOKYO (Reuters) – The dollar traded near a seven-week high versus the yen as oil markets recovered from a supply shock, but the focus is firmly on a U.S. Federal Reserve meeting later on Wednesday that is widely expected to deliver an interest rate cut.

Sterling traded near a six-week high versus the dollar as some speculators reduced excessive bets on a decline in the pound, but sentiment remained weak due to uncertainty over how the UK will exit the European Union.

Major currencies are likely to trade in narrow ranges before the Fed’s meeting. Fed Reserve Chairman Jerome Powell has clearly broadcast his intention to cut rates, so some analysts warn that the dollar could actually bounce if the Fed eases policy as expected.

“If there are no surprises from the Fed, the speculators will have to give up their dollar shorts. The biggest reaction would be in dollar/yen, because you can’t really buy the pound or the euro at the moment.”

The British pound was quoted at $1.2497, holding onto a 0.6% gain from Tuesday, when it briefly touched the highest since July 19.

Oil prices tumbled around 6% on Tuesday after Saudi Arabia’s energy minister said the kingdom has tapped inventories to restore oil supplies to where they stood before drone attacks over the weekend shut around 5% of global oil output.

Economists and analysts widely expect the Fed to cut its benchmark rate for the second time this year by 25 basis points to 1.75%-2.00% at a meeting ending Wednesday to counter risks posed by the U.S.-China trade war.

However, an anomaly has emerged in futures pricing.

Short-term rates spiked overnight, which led the Fed to inject $53.15 billion into the financial system with a money market operation it has not used in more than a decade.

The chaotic moves in money markets and late-day swings in U.S. federal funds futures mean the CME’s tool shows about a 51% chance that the Fed will cut rates by 25 basis points on Wednesday.