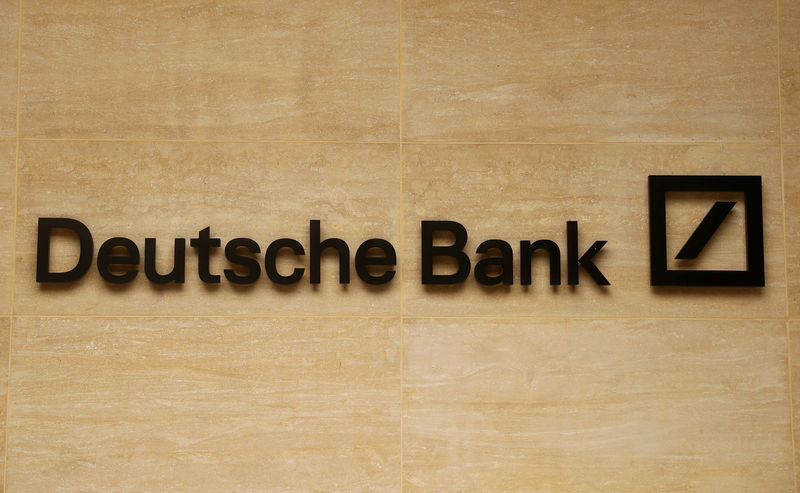 © Reuters. FILE PHOTO: The logo of Deutsche Bank is pictured on a company’s office in London

LONDON (Reuters) – Deutsche Bank (DE:) said on Wednesday it still sees a 50% chance that Britain will leave the European Union without a deal by the end of the year following a general election, but said there’s a 20% chance of a “surprise” agreement later this month.

It gave a 40% chance of a caretaker government being formed and a general election taking place.

Out of the two possible scenarios following that, the bank has a 25% probability of either an orderly Brexit, a second referendum or scrapping of Brexit altogether.

The alternative scenario, with a 15% chance, would be a no-deal Brexit resulting from the general election.