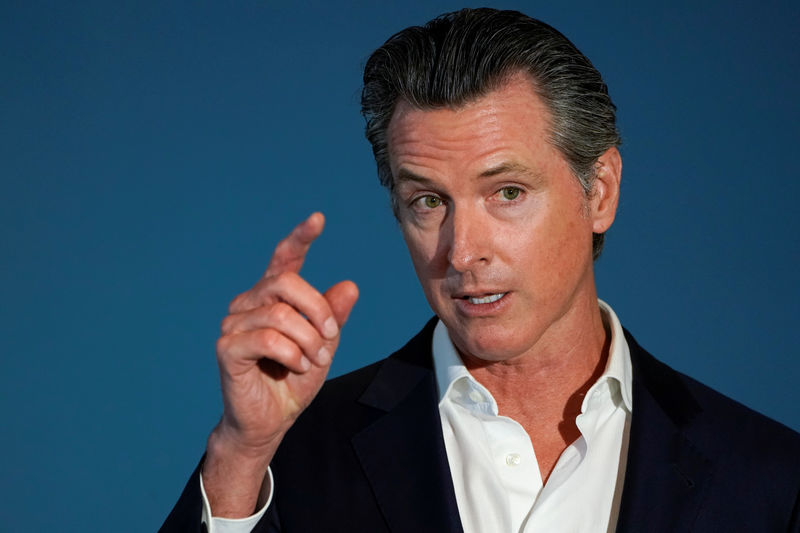 The utility, a unit of PG&E Corp (N:), cut off electricity to more than 730,000 homes and workplaces in northern California last week in a bid to reduce wildfire risks posed by extremely windy, dry weather.

The precautionary shutdown, unprecedented in its scope, has been widely criticized as being haphazardly conducted on too large a scale with insufficient advance notice to affected customers.

On Thursday, the governor said the power outage followed years of mismanagement by the utility and branded its handling as “unacceptable.” PG&E Chief Executive Bill Johnson publicly acknowledged that day that his company had fallen short in its preparations for the outage.

On Monday, Newsom said he had sent a letter to California Public Utilities Commission President Marybel Batjer, confirming that the agency will conduct a comprehensive inquiry and review of PG&E’s planning, implementation and decision-making process failures. (http://cert1.mail-west.com/c7rm5Wyj5J/zjanm/myu/ll615Wgt/qny7diyc78/5W0/Wqvnq/jx0h9oll615/66xvcpoz?_c=d|ze7pzanwmhlzgt|16yyb9u0kwpik66&_ce=1571085648.ee92e440fc7f2af3430833dc25a37ebd)

“Californians should not pay the price for decades of PG&E’s greed and neglect,” Newsom said. “We will continue to hold PG&E accountable to make radical changes – prioritizing the safety of Californians and modernizing its equipment.”

Newsom also urged the company to provide affected customers an automatic credit or rebate of $100 per residential customer and $250 per small business as compensation.

“Failures in execution, combined with the magnitude of this (power shutdown) event, created an unacceptable situation that should never be repeated,” Batjer wrote.

“Loss of power is not a mere inconvenience – it endangers lives and property, especially those individuals who are reliant on power for medical reasons,” the letter said.

Several of the corrective actions the commission ordered dealt with website crashes and an overwhelming surge in call center activity the utility experienced during the power shutdown.

PG&E filed for bankruptcy in January 2019, citing potential civil liabilities in excess of $30 billion from major wildfires linked to its transmission wires and other equipment.