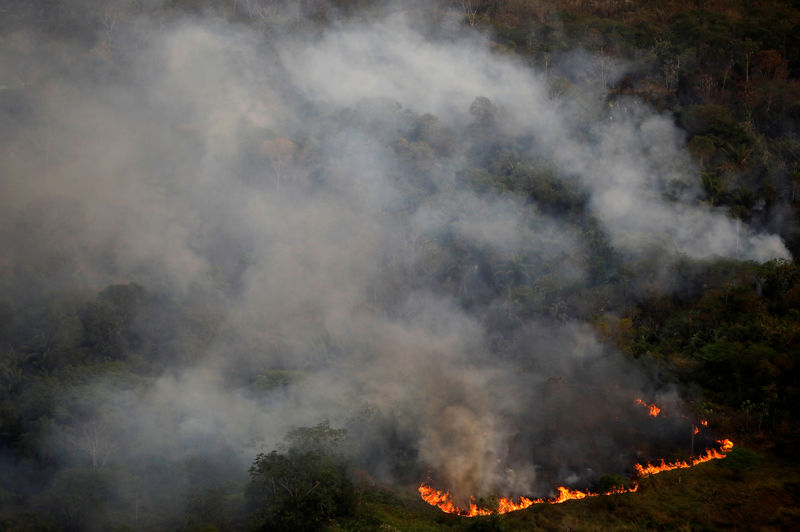 UNITED NATIONS (Reuters) – Banks with more than $47 trillion in assets, or a third of the global industry, adopted new U.N.-backed “responsible banking” principles to fight climate change on Sunday that would shift their loan books away from fossil fuels.

Deutsche Bank (DE:), Citigroup (N:) and Barclays (L:) were among 130 banks to join the new framework on the eve of a United Nations summit in New York aimed at pushing companies and governments to act quickly to avert catastrophic global warming.

“These principles mean banks have to consider the impact of their loans on society – not just on their portfolio,” Simone Dettling, banking team lead for the Geneva-based United Nations Environment Finance Initiative, told Reuters.

Under pressure from investors, regulators and climate activists, some big banks have acknowledged the role lenders will need to play in a rapid transition to a low-carbon economy.

Financing for oil, gas and coal projects has come under particular scrutiny as climate scientists step up calls to change the global economy’s deep reliance on fossil-fuels to avert disastrous warming.

The principles, drawn up jointly by U.N. officials and banks, require lenders to:

– Align (NASDAQ:) their strategies with the 2015 Paris Agreement to curb global warming and U.N.-backed targets to fight poverty called the Sustainable Development Goals

– Work with clients and customers to encourage sustainable practices

– Be transparent and accountable about their progress.

The principles’ main backers say the norms will encourage banks to pivot their loan portfolios away from carbon-intensive assets and redirect capital to greener industries.

Critics argue that banks should go much further by explicitly committing to phasing out financing for fossil fuel projects and agribusiness that drive deforestation in the Amazon (NASDAQ:), Southeast Asia and other regions.

However, the new standards could also force participating banks to choose between foregoing business from clients in high-carbon sectors and the risk of being accused of backsliding on the principles if they continue to finance such firms.

Although the initiative is voluntary, Dettling, who played a central role during 18 months of negotiations with a core group of 30 founding banks, said lenders would be reluctant to accept the reputational risk of losing their signatory status.

“They need to demonstrate that they are making progress — and progress within a given timeline,” Dettling said.

“Ultimately, banks that are not in line with their commitments and do not make progress can be stripped of their signatory status,” she said.

Banks in Europe, in particular, also face growing regulatory pressure to disclose their exposure to the potential impact of climate-related disasters and a low-carbon energy transition on their asset base.

Bank of England Governor Mark Carney, who has joined counterparts in France and the Netherlands to push for better supervision of climate risk, was due to address the U.N. climate summit on Monday, according to a draft agenda.