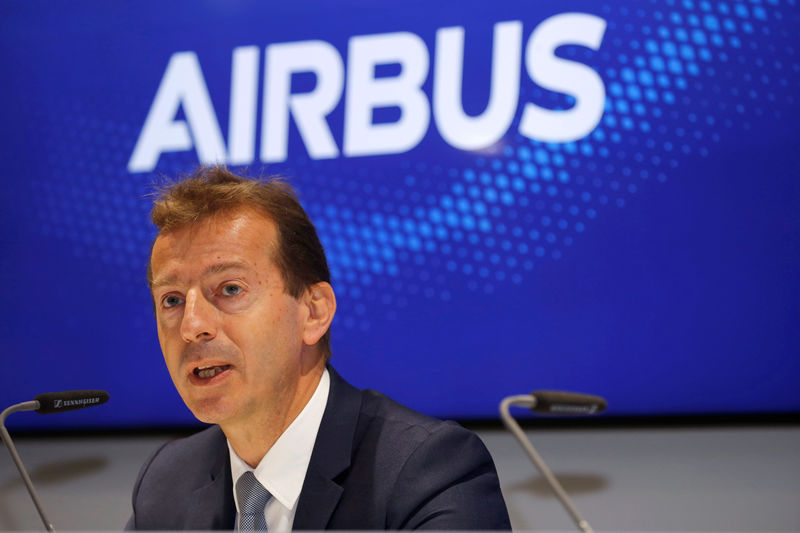 MONTREAL (Reuters) – Airbus (PA:) Chief Executive Guillaume Faury said on Thursday he will continue to advocate for a settlement on trade between the United States and Europe and called the imposition of tariffs a “lose-lose game” on both sides of the Atlantic.

The United States was granted approval this month to impose tariffs on European Union goods with an annual trade value of around $7.5 billion, over illegal government support for the European planemaker.

“We think a trade war on aviation will be a lose-lose game,” Faury told reporters in Montreal. “We continue to advocate for a settlement on this topic and we think it’s still possible.”

Tariffs, he warned, would raise costs on planes ordered by carriers at a specific price years ago.

The World Trade Organization has found that both Airbus and its U.S. rival Boeing (N:) received billions of dollars of subsidies in a pair of cases marking the world’s largest ever corporate trade dispute. Both sides have threatened tariffs after the Geneva body found neither adhered fully to its findings.

Washington sought permission to impose tariffs up to 100% on European goods worth $11.2 billion a year. Those include aircraft and aerospace parts from Airbus host nations – Britain, France, Germany and Spain – as well a range of goods including wine, cheese and luxury goods from across the EU.

Roughly 40% of an Airbus aircraft is U.S. content, Faury said.

The company operates a final assembly line for its narrowbody planes in Alabama.